In this mini-article, we would like to tell you a story about one of the three previous photoshoots in our studio, and share experiences and impressions. Only with you - and for free

Ok, let’s do this… First of all, we invited a very wonderful person to our studio – Vladimir Gerasimoff, who was a best choice for several characters in our awesome game RAW. He was choosed to the role of special “Z-Hunter group” agent – Isotope. We should explain: this is the elite assault force, that doesn’t know mercy. Zero humanity, got it? Isotopes are genetically modified and improved clones, and the Alliance uses them as expendables – and as deadly “cleaners”. 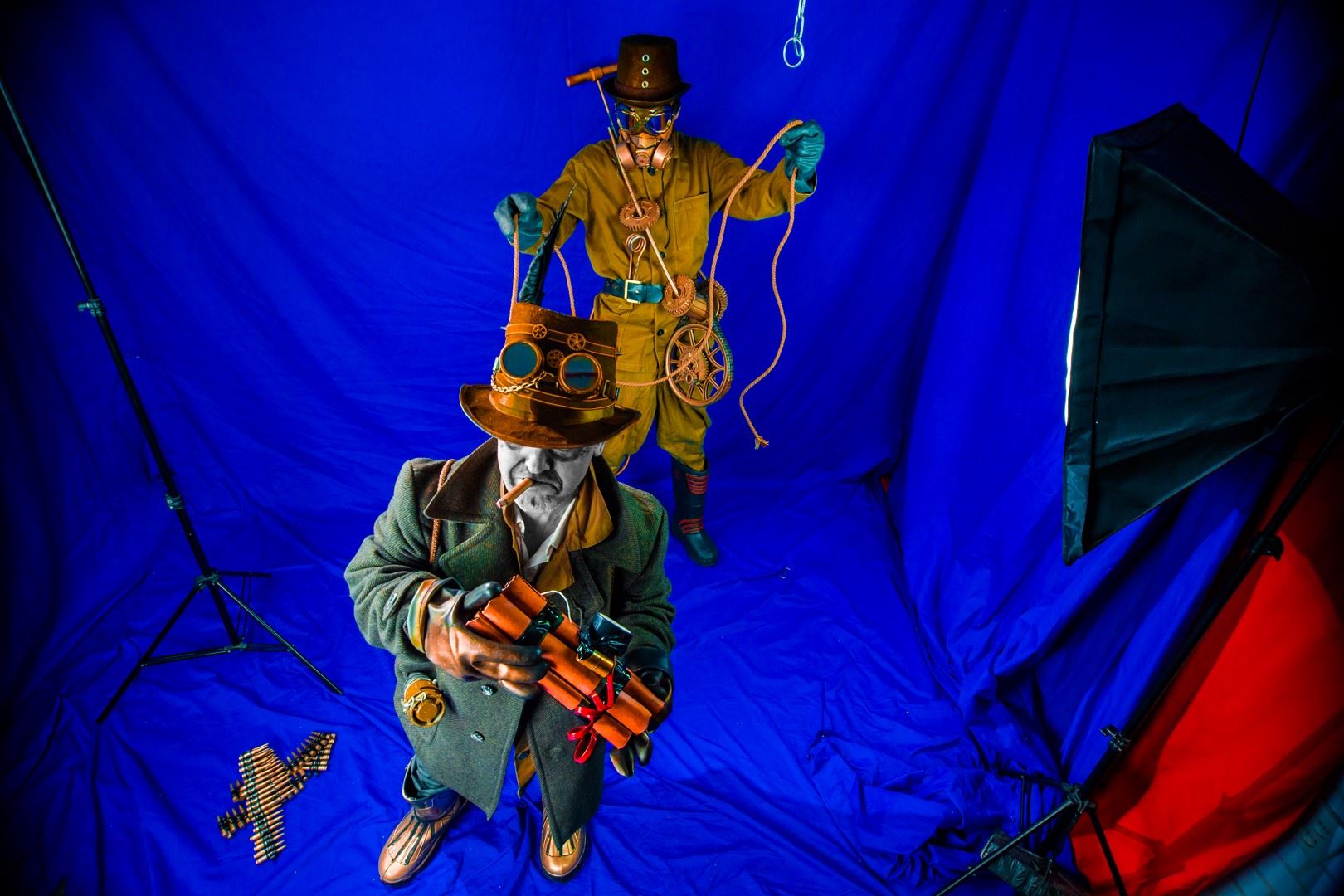 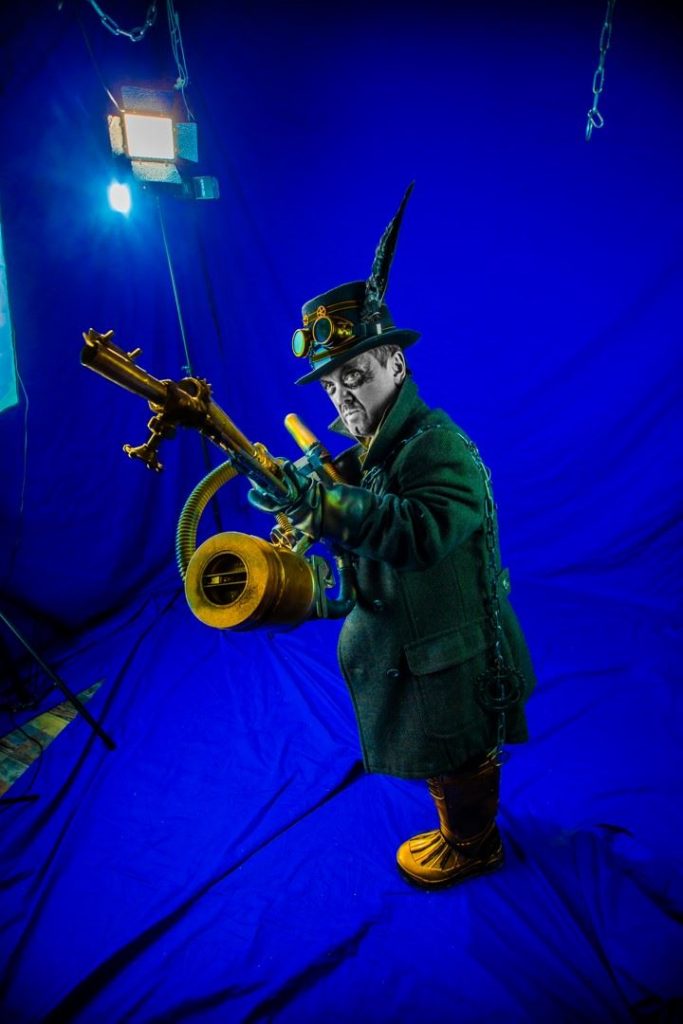 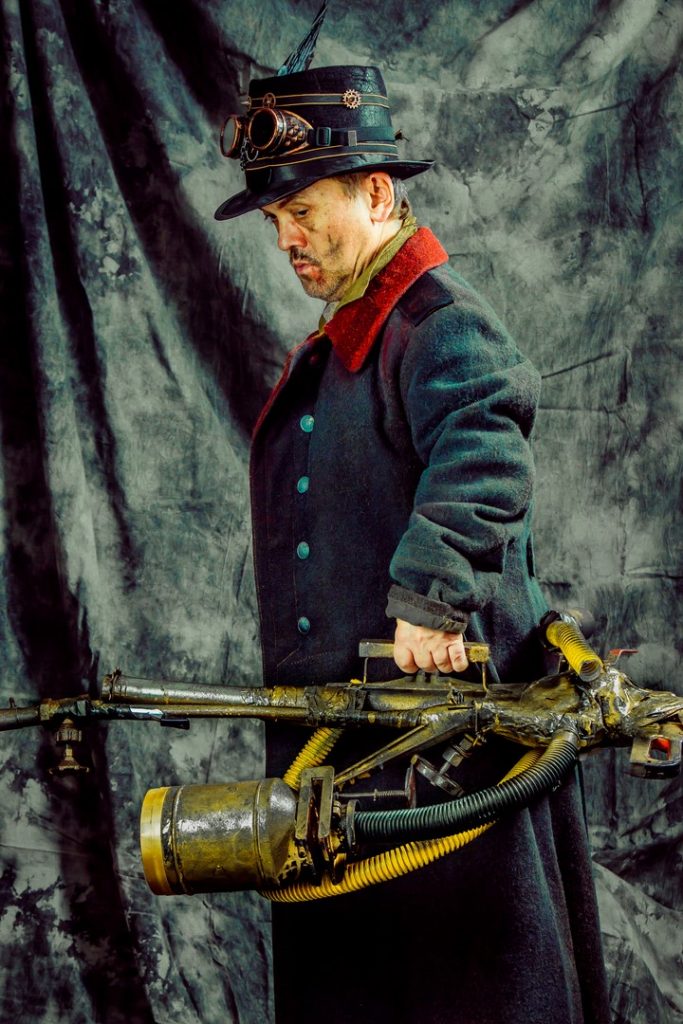 Under the plan, we’re going to hold three photoshoots – with this, we could get information about all self-made clothes, which our actors wears.

During the time when Vladimir was making up, I prepared the site for shooting. Unfortunately, we are limited in space, but fortunately not in wit. We had to place at least some of the necessary equipment – and that was hard. First of all, we found blue canvas (or blue screen – later, i’ll tell why we did this). Then we switched on the light – and shined everything, includin’ background. It has allowed us to separate the model from the background without much difficulty. And the front light gave me the chance to create artificial shadows and micro-contrasts.

The next step is to configure the camera, synchronize all the flashes… and we are ready to go!

Vladimir is dressed up and ready for his role. After some test shots, we started the magic of creation! And the props is in the course (crossbows, flamethrowers, pistols, grenades, chains, hatchets and much more)! All of this was filled with incredible emotions. You know, we are supporters of theatrical atmosphere, and we always wanted to create it in progress. Also, we selected special background music – it helps our actors to be liberated and achieve the desired result without any problems. 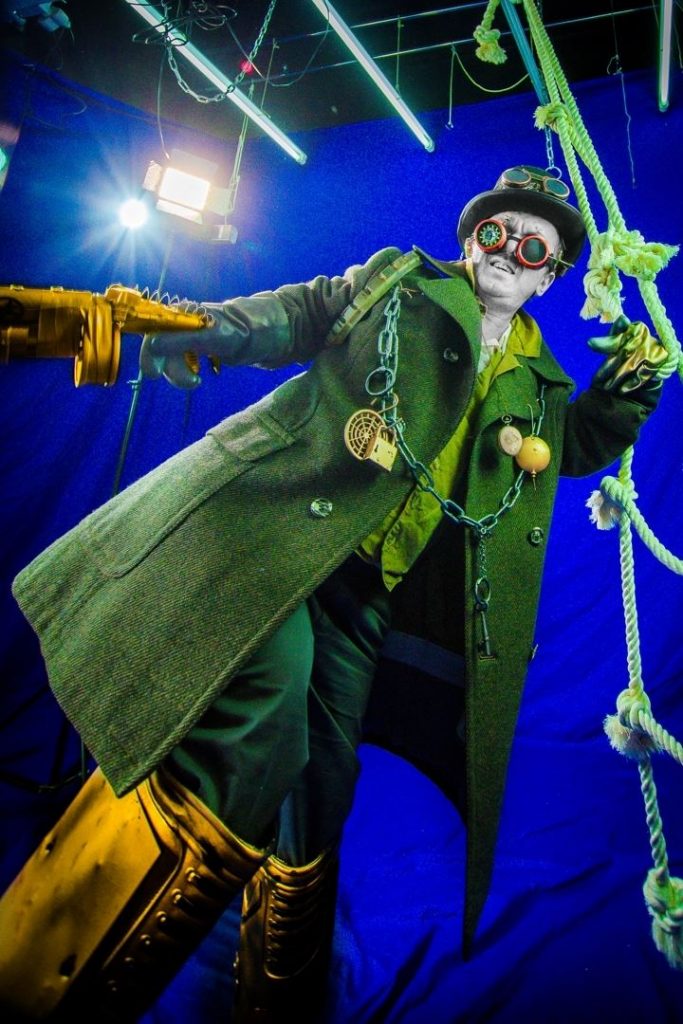 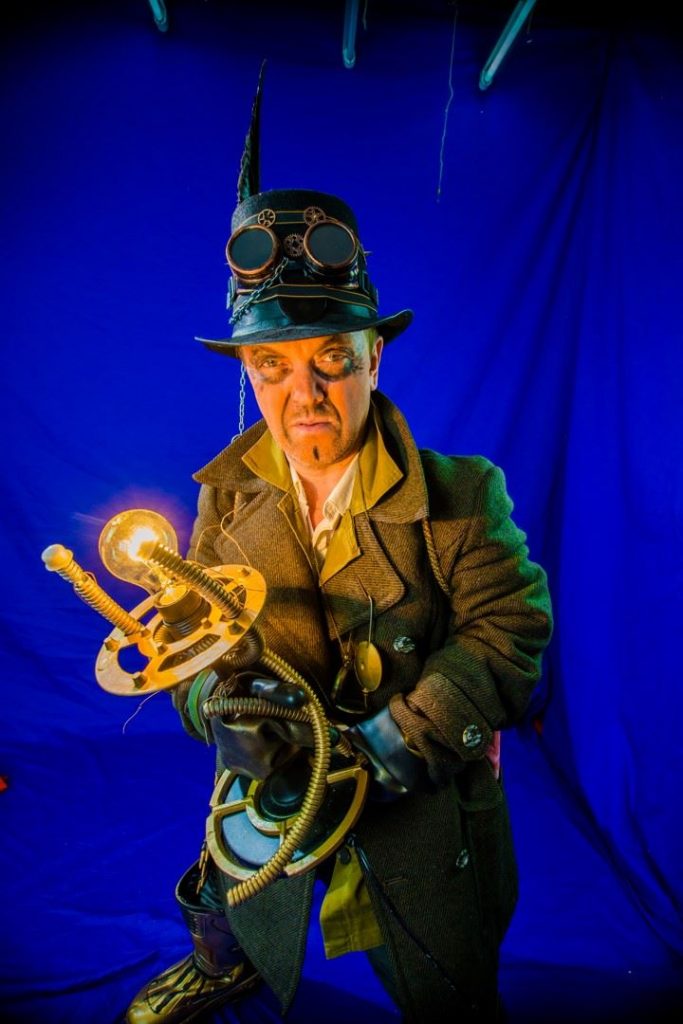 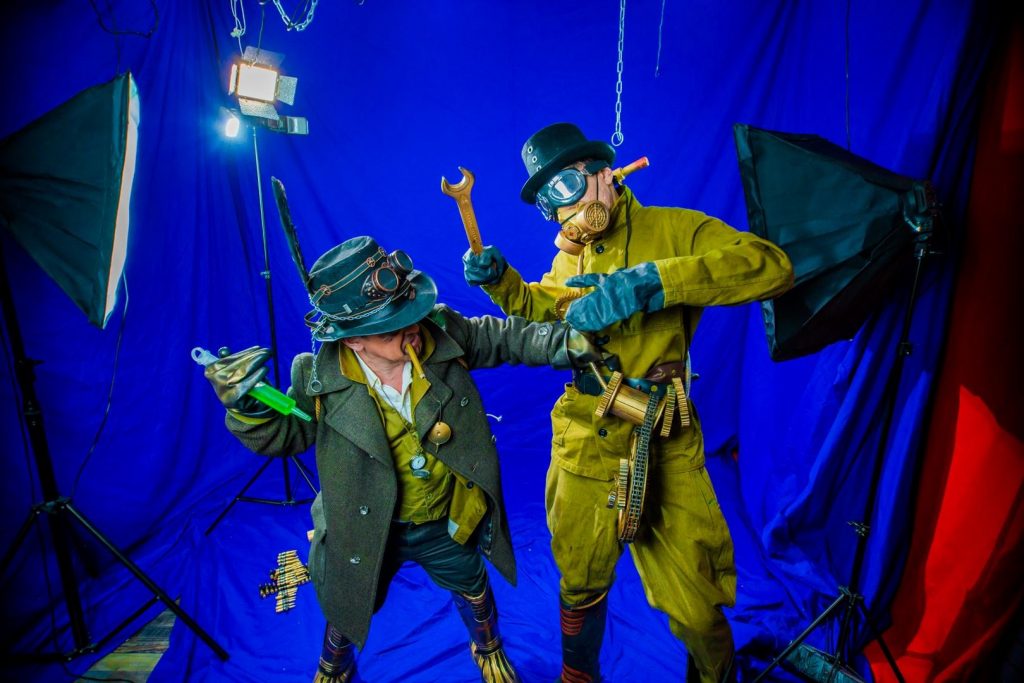 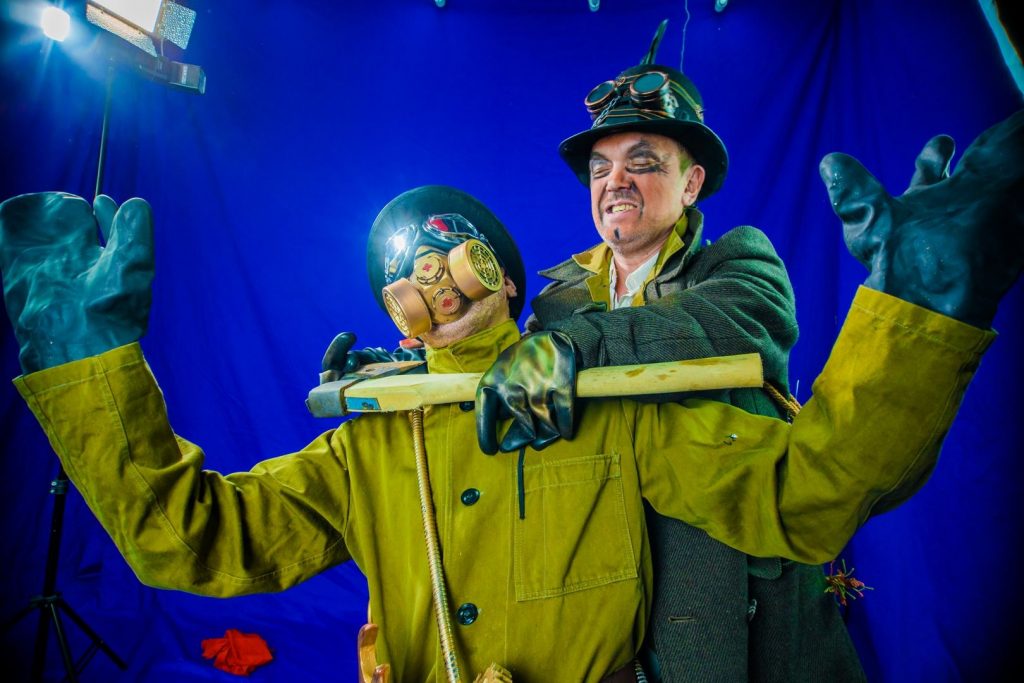 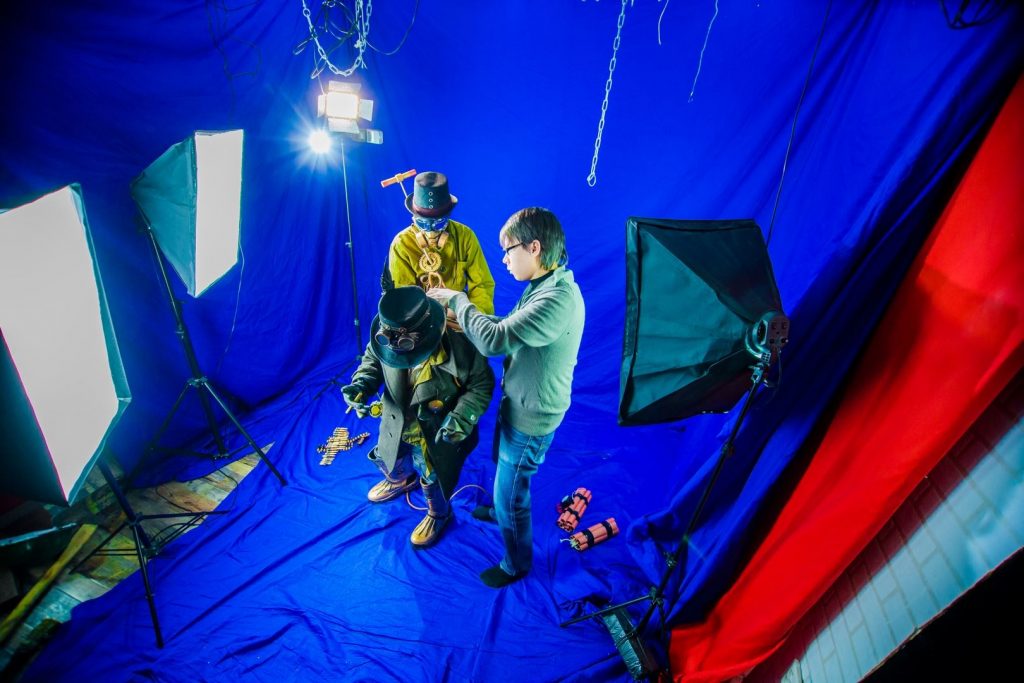 After we had finished the first film, we enjoyed amazing coffee and I began to analyze and sort the material.

Let’s go back to our blue screen.

Pay attention to the fact, that our clothes and props (including self-made weapons) doesn’t have a blue color. This is our advantage. The colors are contrasting, and this will help us in future, when we’ll make hard Photoshop work.

After all that magic, where we added the necessary art and other stuff, we got awesome pictures from the scenes of our game. Well, it seems that we’ve managed! And once again convinced ourselves, that we can achieve huge results with only our own efforts. As you advise, mates!

Thank you for your truely interest, and we wish you creative manifestations of your own desires! 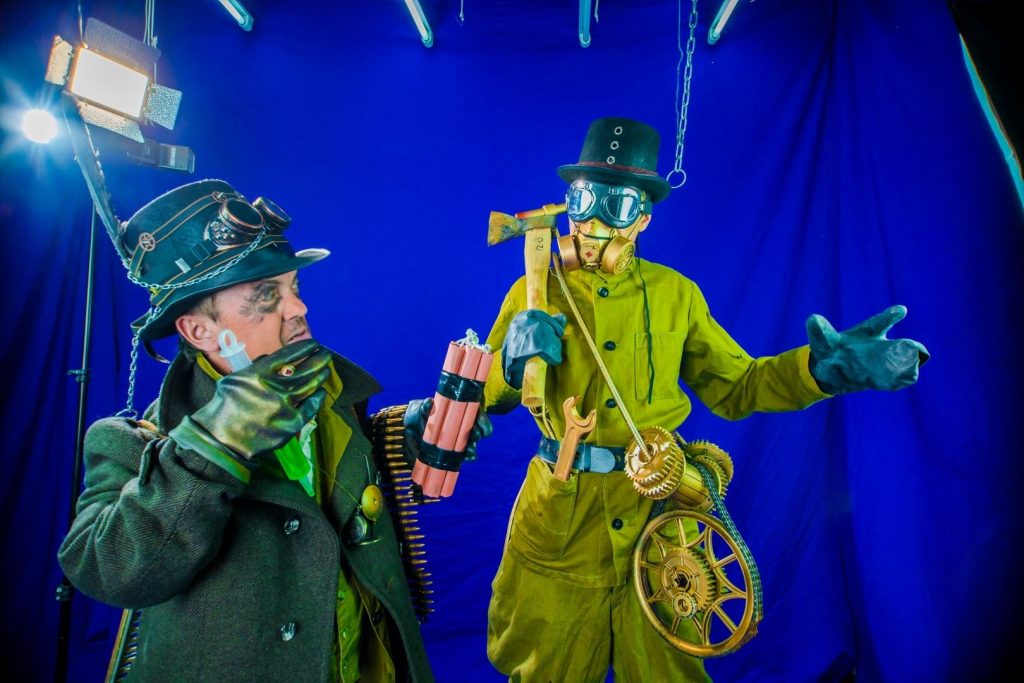 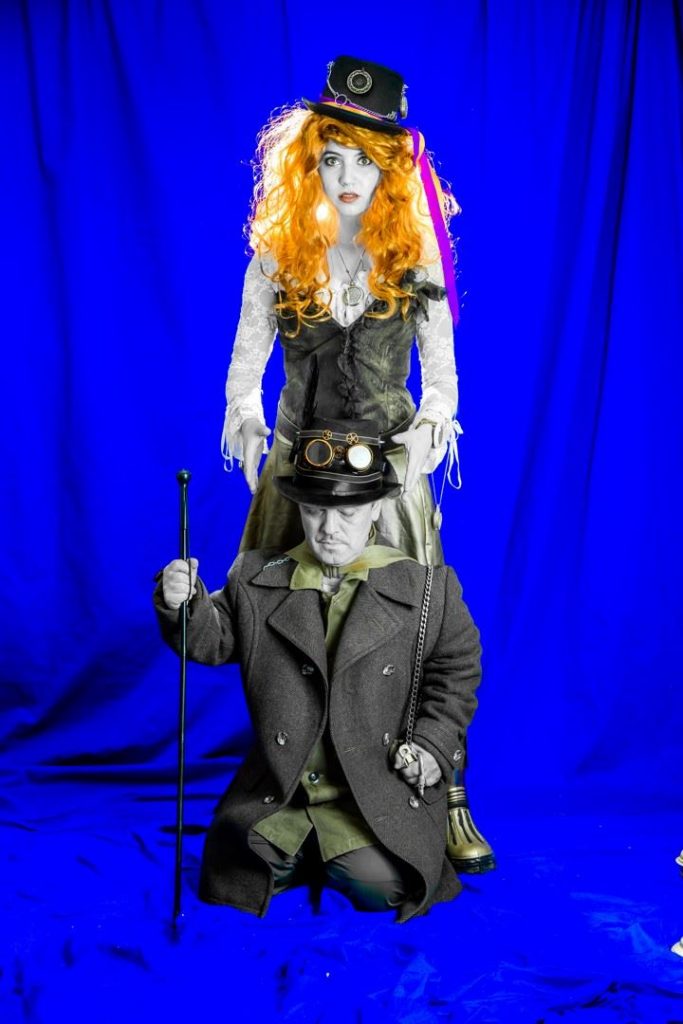 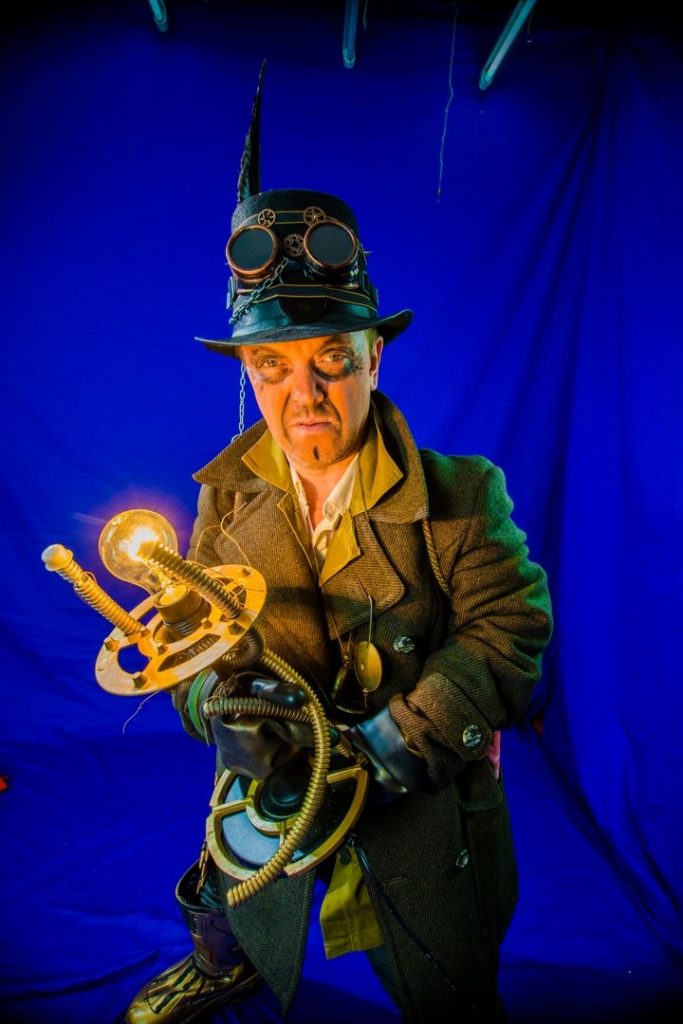 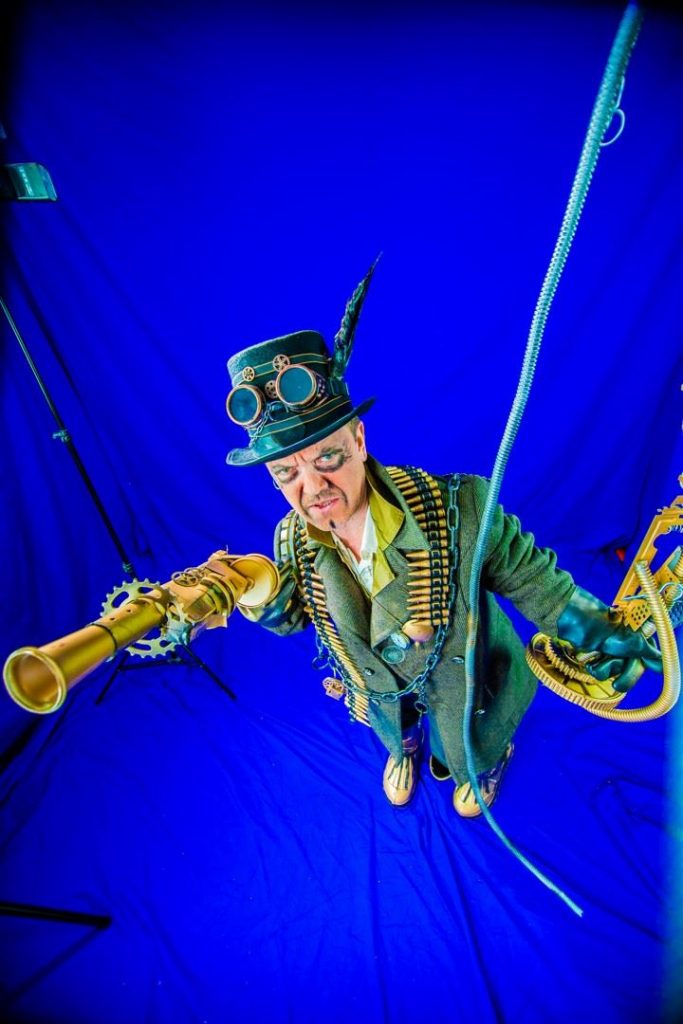